Sporty cars are a science in themselves. Almost every car manufacturer has already tried to launch sporty cars on the market, but not everyone has actually succeeded.
The current offer for sporty cars could hardly be more diverse, and it is not easy to get an overview. Does it always have to be a super sports car or can other cars keep up?
To help you keep track, we have presented our favorites from various categories in the following article.

What are sporty cars?

An incredible amount of HP, the acceleration from 0-100 km/h or the appearance of the car? In our search for sporty cars we have focused on cars of different categories and present them to you.
We paid special attention to performance, i.e. how fast does the car accelerate, how much horsepower does it have and what top speed does it reach.
In the following we present some sporty cars that promise absolute driving pleasure and from some you don’t even expect that.

When you think of sporty cars, the VW Golf is not the first car that comes to mind. But wrongly so, because the Golf GTI has a lot to offer.
It is the rebel among compact cars.
GTI in this case stands for Gran Turismo Injection and distinguishes the particularly sporty models from 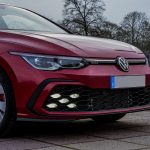 Volkswagen.
From the outside, you might think it’s a normal Golf, until you take a closer look at the details. The Golf is equipped with the classic GTI features – the red line runs across the front of the car and the radiator grille features the typical GTI honeycomb design. In addition, the new Golf GTI has been fitted with sporty alloy wheels.
But what does this Golf has to offer that makes it a sporty car?
Thanks to the four-cylinder turbo engine, the compact car offers its driver 245 horsepower and a top speed of 250 km/h. It accelerates from 0 to 100 km/h in 6.2 seconds.
In order to make absolutely no sacrifices when driving the car in a sporty way, the vehicle has been equipped with an electronic differential lock, so you can enjoy the performance even in the curves.

Who is the Golf GTI suitable for?

The Golf GTI is suitable for anyone who likes sporty cars, but likes them to be compact and not too flashy. It is a car that is very suitable for everyday use, and even makes the drive to work fun. And if you don’t want to buy the car right away, you can rent it from DRIVAR and test the Golf GTI for a weekend.

Audi R8 – the race car for the road

Although the brand Audi is not necessarily known for the production of sports cars, with the R8 Audi has not only brought a sporty car onto the market, but also a super sports car.
The Audi R8 qualifies as a sporty car by its very appearance. Its silhouette is very flat and sleek. The oval exhaust pipes and the air outlet grille that extends across the rear also literally scream sports car.
Of course, the most exciting thing about the Audi R8 is its performance, as it shares an engine with the Lamborghini Huracan Performante, and this mid-engine has it all. With its 10-cylinder naturally aspirated engine, the Audi R8 achieves true peak performance: Audi’s sports car produces a full 570 hp and a top speed of 324 km/h. Acceleration from 0 to 100 km/h takes place within 3.4 seconds.

Who is the Audi R8 suitable for?

Anyone who has always wanted to drive a super sports car won´t go wrong with the Audi R8. Whether you want to be the fastest on the autobahn or prefer to drive through the curves in a sporty manner – the Audi R8 can do it all without any problems and looks great at the same time.
With its power and engine, it is the Lamborghini of the people. 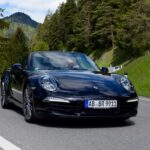 When you see the Porsche 911, you immediately want to drive it. And the brand Porsche is simply the master in creating sporty cars.
With the 911, they managed to create one of the ultimate sports cars with a legendary status. Its silhouette has hardly been changed since 1963 and with good reason, because the design is truly timeless.

Anyone who knows a little about cars will immediately recognize the 911. By the classic hatchback and the flat front hood, for example, as well as the typical fenders.

Meanwhile, the Porsche 911 is available in a wide variety of versions. The sportiest among them is the Porsche 911 Turbo S with a full 560 hp. It is equipped with a biturbo boxer engine and an 8-speed dual-clutch transmission. With the 911 Turbo S you can reach 100km/h within 3.4 seconds. The top speed of this model is 320 km/h.

Who is the Porsche 911 suitable for?

Since there are so many different models of the Porsche 911, there really is something for everyone. Whether you feel like driving a classic car or a modern sports car, the Porsche 911 models embody it all. 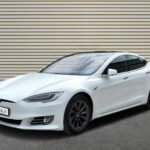 Tesla is the best example that an electric motor is allowed in a sporty car. Of course, you have to sacrifice the unmistakable sports car sound, but not the performance, which is ultimately decisive for the title of a sporty car.

Tesla’s goal is to contribute to the transition to sustainable energy, and they do this by bringing very sporty cars to market that are powered purely by electricity.
The Model S is a premium all-electric sedan that impresses with both its appearance and performance.
The exterior design, like all Teslas, is very simple but sporty. The interior is also simplistic, but special. Because in the M

odel S you don’t have a normal steering wheel, like in any other car, the steering wheel of the Tesla is kept in jet style and thus more square than round. There are no levers or buttons, just the steering wheel and a 17-inch display that controls everything.
The Model S’s performance is outstanding: with an unbeatable 1020hp and acceleration of 2.1 seconds, Tesla has outdone itself. In addition, with the new Plaid models, the three motors, the range has been optimized to 628 km.

Who is the Model S suitable for?

Tesla fans and electric car enthusiasts are absolutely right with the Model S, because it embodies everything the company stands for. Technology and performance are perfectly combined in this model.
And for all those who are still skeptical when it comes to e-mobility, you can also rent the Tesla for a day or a weekend for the time being, which could also awaken your interest. 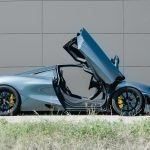 The British car manufacturer has managed to make its Formula 1 racing cars roadworthy. However, the vehicles have not lost any of their sportiness. McLaren still stands for producing super sports cars whose performance can only be fully appreciated on the race track. Of course, it is still worth taking a McLaren out on the road.
The McLaren 720S really has power and you can see it. The elegant shape of the McLaren not only looks good, but also serves to minimize air resistance and cool down the engine at the same time. Another typical feature of the McLaren is that the gullwing doors can be opened upwards. Of course, the glazed roof and the eccentric color are also real eye-catchers.
McLaren stands for sporty cars and this is also shown by the engine power of the 720S. This model has a full 720 horsepower and a top speed of 341 km/h. The driver can accelerate from 0-100 km/h within 2.9 seconds.

Who is the McLaren 720S suitable for?

You should only drive the McLaren if you can handle that much power. This car is definitely a class of its own and sets new standards for sporty cars. However, you won’t be able to use the McLaren’s power as much in everyday life, so you should think twice before buying one and perhaps rent a McLaren.

Sporty cars are available in a wide variety of designs – from compact cars to super sports cars, there is something for everyone. If you want to enjoy the horsepower in everyday life, the Golf GTI is the right choice. And there are unlimited possibilities for cars with more horsepower, as you can see very clearly from the example of the McLaren.
Those who would like to try out sporty cars first without buying one right away can rent a large selection of sports cars through DRIVAR, for a day or even for long-term rental.

The author behind the articles on DRIVAR® is founder and managing director, Phillipp. He possesses years of industry experience, has founded the Germany-wide sports car rental company Motion Drive® in 2009, and is the creative mind behind the car-sharing marketplace DRIVAR® from 2017. Phillipp has been actively involved in motorsport since he was a child and is also a sports car enthusiast in his private life.